In My Singing Monsters players allows to collect and breed different types of monsters on various islands. Each monster has its own unique appearance, sound, and personality. One of the most elusive and sought-after monsters in the game is the Shugavox.

This guide will provide a comprehensive overview of how to breed Shugavox, the combinations required to breed the monster, tips, and tricks to make the breeding process more efficient, and information about the Shugavox likes, habitat, and other related information.

With this guide, players will be able to successfully breed the Shugavox and add it to their collection.

It is a member of the Legendary Shugafam class of Monsters in My Singing Monsters. It is exclusive to Shugabush Island and was added on December 10th, 2013. The Shugavox is known for its wild tune and friendly rivalry with the Shugabush. It has a unique appearance, as it mists itself with the essence of Deedge earwax to color itself blue. It is the only member of the Shugafam to sing on Shugabush Island.

How to Breed Shugavox Monster

It is a Legendary monster, which means that it is difficult to obtain through breeding. However, with the right combination of monsters, players can breed the Shugavox monster.

Here are the possible combinations for breeding the Shugavox:

It’s important to note that breeding the Shugavox can be a bit difficult if you don’t know which two monsters to combine. However, with this guide, you will be able to breed the Shugavox faster than simply trying combinations.

Below are the things liked by the Shugavox:

It can be found on the following Islands in My Singing Monsters:

Placing decorations that the Shugavox likes near it will boost its happiness, which in turn will increase its coin production.

The Shugavox likes the following decorations:

The Shugavox Likes These Monsters

It likes the following monsters:

In addition to the Shugavox liking certain monsters, there are also some monsters that like the Shugavox.

Each monster in My Singing Monsters needs to be fed four times before it reaches the next level. Increasing the monster’s level increases the coins earned per minute, as well as the maximum coins earned.

The buying price for the Shugavox monster is 700 Diamonds. Diamonds are the in-game currency that can be purchased with real money or earned through completing achievements.

This means that players can either use real money to buy diamonds and purchase the Shugavox monster directly, or they can earn diamonds by completing tasks and challenges in the game.

The selling price for the Shugavox monster is 525,000 coins. Coins are the in-game currency that is earned by collecting coins from the monsters or by selling the monster.

The breeding/incubation time for the Shugavox is 1 day and 11 hours by default. However, this time can be reduced by using an Enhanced Breeding Structure. Using this structure will decrease the incubation time to 1 day, 2 hours, and 15 minutes.

When the Shugavox is placed on the island, it will give the player 50,000 XP. This XP can be used to level up the player’s account and unlock new islands, monsters, and items.

It is an elusive and highly sought-after monster in My Singing Monsters. By following this guide and using the correct breeding combinations, players can obtain the Shugavox monster for their collection. It is important to keep in mind that breeding a Shugavox monster can be difficult and may take some time.

However, with patience and persistence, players can successfully breed the Shugavox and enjoy its unique appearance and sound on their island. Additionally, players can boost earnings by placing decorations that the Shugavox likes and feeding it to increase its level.

As a technology enthusiast and passionate gamer, Junaid writes about the latest trends in video gaming and technology. Follow him for in-depth guides and expert insights on the intersection of gaming and tech.

How to Breed Toe Jammer My Singing Monsters Guide

How to Breed Cybop My Singing Monsters Guide 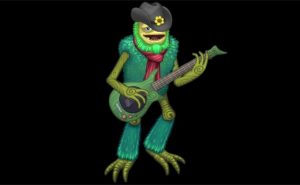 How to Breed Shugabass My Singing Monsters Guide